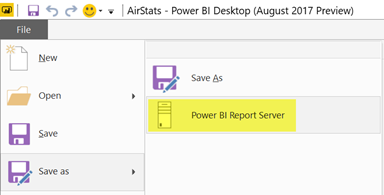 Here’s an excerpt from the Power BI blog post from this weekend:

“With this August 2017 preview, users can create Power BI reports in Power BI Desktop that connect to any data source, and publish their reports to Power BI Report Server. There’s no special configuration required to enable this functionality“

Once you’ve done that, you can start taking your existing Power BI reports (.PBIX files) and saving them to your Power BI Report server, instead of having to upload them, and all the data they rely on, to the cloud. Which means that you can now build rich reports like this one below right off of your SQL Server database. Better yet, your coworkers interact with it from your internal Power BI Report Server.


Out of an abundance of clarity I want to mention that Power BI Report Server was made Generally Available (read: RTM) back in June of 2017. That version is still available and only able to connect to SSAS as a data source.

Back to the Power BI Report Server August 2017 Preview News:


What new features can you expect when you install Power BI Desktop (August 2017) for Power BI Report Server? 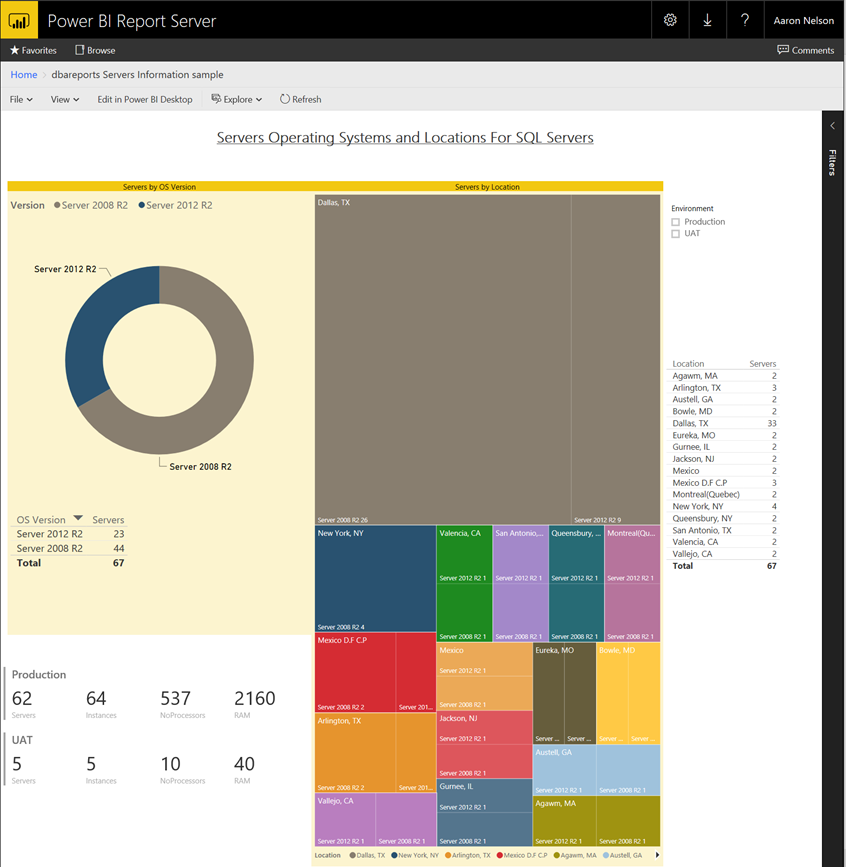 To me, this is massive news! If you think of the SQL Performance Dashboard Reports project which already allows you to publish reports about your SQL Server environment to a central SSRS server so that your coworkers can see what’s going on with the SQL Server anytime they want. Now, you can take that information further with the rich interactive visuals available in the Power BI toolset. Plus, Power BI is not only very easy to use, but it has tons of online resources available for it. The Guy in a Cube YouTube channel is a great place to start.

But I don’t think this is massive news because DBAs and other data professionals can now build pretty dashboards about how their SQL Server is running. Building Power BI reports about your SQL environment is just practice. Now, data professionals have access to a full ecosystem to be able to serve up rich visualizations about whatever their coworkers need to know about, post it internally using existing domain security, and they can put it all together in just minutes!


I think there will be a lot more interest in the dbareports project now that it can be published internally. I’m very excited to see what kind of data visualizations data professionals come up with to share with their coworkers and the community!

I have already started contributing small modifications / enhancements to the dbareports Power BI files and I hope to contribute several more over the coming days as time allows. I can’t wait to see what enhancements everyone else comes up with.

I did run across a couple issues this weekend that I flagged to the team. They might be unique to my environment / setup, so I’ll share them here in case you run into them too:

If any of you run into these issues too, please drop a comment!  🙂

Also keep in mind that with this preview version, while all data sources are now available, still not every single feature has been turned on just yet.  For a list of what has been turned on, please have a look at the official preview documentation.