DevOps or DataOps Either Way It’s Coming to SQL Server 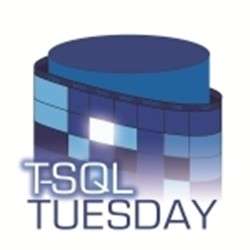 For T-SQL Tuesday #91 the topic is databases and devops. Grant Fritchey asks us:

How do we approach DevOps as developers, DBAs, report writers, analysts and database developers? How do we deal with data persistence, process, source control and all the rest of the tools and mechanisms, and most importantly, culture, that would enable us to get better, higher functioning teams put together? Please, tell me your DevOps stories.

My favorite part is:
“Being able to code is incredibly liberating. GUIs allow you to basically do what you’re told you should be able to do, the way someone else thinks you should do it. We’re not enabling people to own their own outputs when they are constrained by what we tell them they can output.” I couldn’t agree more with what she said.

Sher urges us saying “We need to equip with them with knowledge and skills to code.” And that’s what I aim to do today.

It’s no secret that I love PowerShell. A whole lot has changed in the last 15 months to make PowerShell more relevant for a large number of SQL Server professionals around the world. But even with all of those successes added together I don’t think they will have near as much impact as one change that I am told is somewhere on the SQL Server team’s to-do list.

Data Professionals around the world will be liberated and empowered to do more if they only had one easy piece of code that has been sorely missing for too long. We do not have a simple to understand, programmatic way to compare & deploy our schema changes. Last year I proposed three simple cmdlets that I think know will have the most impact of all the improvements I’ve already managed to get added to SQL Server.

When we finally get these three, it will unlock all kinds of new possibilities that will be a lot easier to achieve. Why could these three cmdlets be so impactful? Because “Being able to code is incredibly liberating”. I think that once Data Professionals see how wonderful using objects in their cmdline is, they will be very interested in doing something else while their object is in that pipeline.

I’ve spent almost half my SQL Server career working with PowerShell, and I’m pretty sure these will eventually be three cmdlets that nearly every Data Professional knows how to use. And I can’t wait to see what other possibilities occur, many which are considered “DevOps”, because those people now know how to take advantage of objects in their pipeline!